1925 Monument to the "Unknown Kanza Warrior"

The 1925 Monument to the “Unknown Kanza Warrior” (Kanza Monument) is a 35 foot limestone tower that was erected by Council Grove citizens in 1925 as a tribute to the memory of the Kanza’s presence in the Council Grove area. It was prompted by the discovery of Native American remains exposed by erosion in a nearby stream bed. The indian and his possessions were reinterred in the base of the monument in August 1925 during a ceremony attended by several members of the Kaw tribe. There are no close up photos of the Kanza Monument on this site at the request of the Kaw nation. 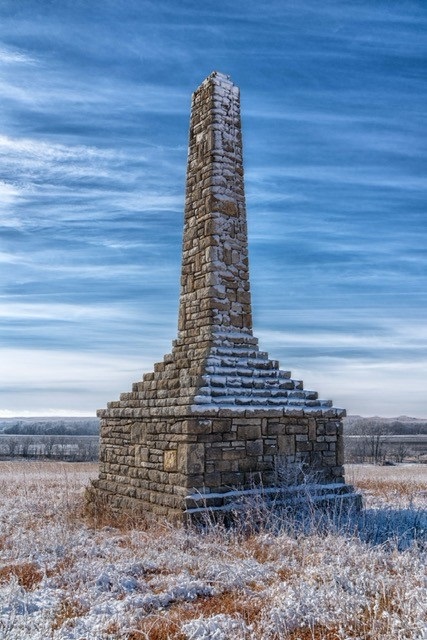