The City of Lawrence website states, ”In an article in the Topeka State Journal on September 7, 1929, it was suggested to move the rock to the Statehouse grounds in Topeka because of its geological importance and that it was held in spiritual reverence by the Kanza Indians. Before Topekans could act, a man from Lawrence, with the aid of the Santa Fe Railway 200-ton crane moved the rock by rail and placed it in Robinson Park.” The plaque affixed to the rock in 1929, reads: “To the pioneers of Kansas who in devotion to human freedom came into a wilderness, suffered hardships and faced dangers and death to found this state in righteousness. These were the first to come under the auspices of the New England Emigrant Act Company. They founded the City of Lawrence. The first party of twenty-nine men left Massachusetts July 17, 1854 and arrived here August 1, 1854. The second party of one hundred-fourteen left Boston August 29, 1854 and arrived September 15, 1854.” The plaque then lists the names of these “founders.” 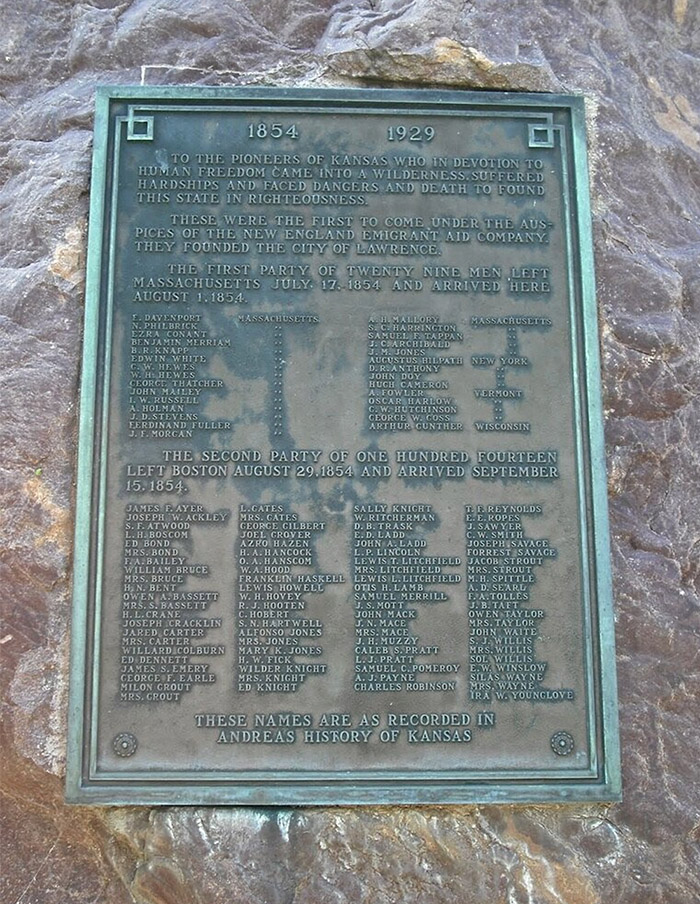