On April 4th, 2022, the Mellon Foundation announced a major grant to the Iⁿ‘zhúje‘waxóbe / Sacred Red Rock Project (formerly known as Between the Rock and a Hard Place) for the return of a 28-ton red Siouxan quartzite boulder located for the past ninety-three years in Robinson Park, Lawrence, Kansas to the Kaw Nation.

As a team, we feel strongly that this is the time to engage in this effort. All around the Country, communities are thinking about how they are represented or misrepresented by local monuments. Now Lawrence has the opportunity to begin this process by reflecting on its founding monument and, if needed, redressing its faults and omissions. 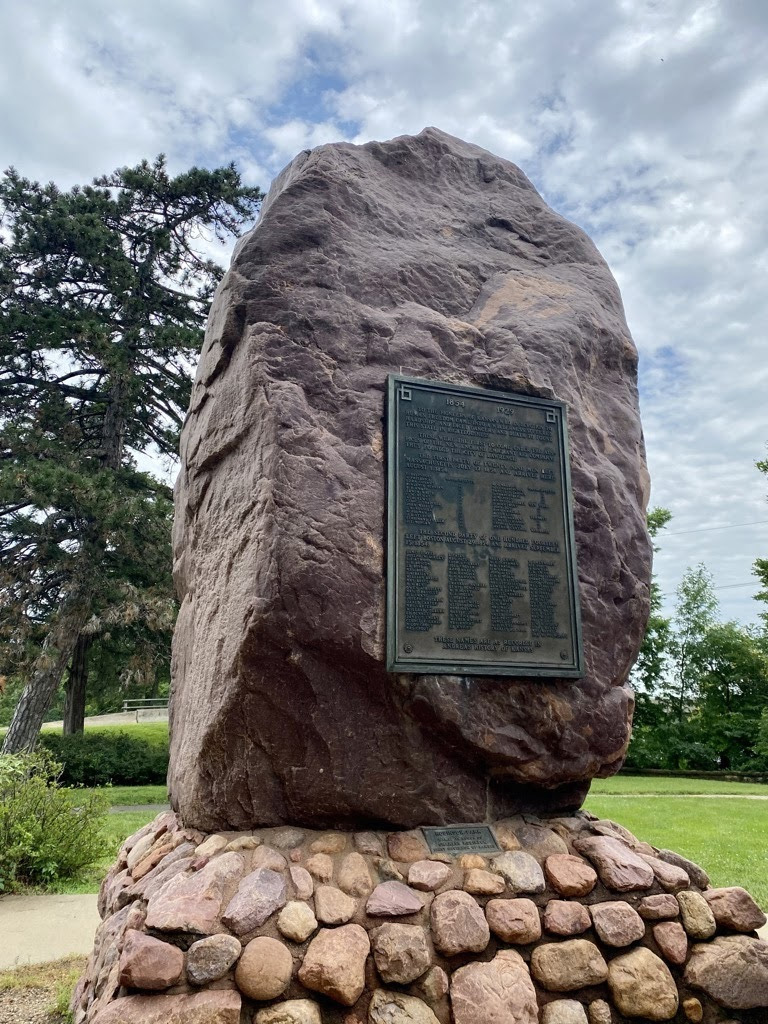