A key aspect of the Iⁿ‘zhúje‘waxóbe/Sacred Red Rock Project is acknowledging and redressing the harm done when Iⁿ‘zhúje‘waxóbe was moved from its original location at the confluence of the Shunganunga Creek and Kansas River near Tecumseh, Kansas to Robinson Park in Lawrence in 1929 to become the base for a monument to the City’s “Pioneers.”

In an article written by The Lawrence Times, Kaw Nation Vice-Chairman James Pepper Henry said, “The Kaw Nation is grateful and humbled to receive generous support from the Mellon Foundation for the return of our sacred ancestor Iⁿ‘zhúje‘waxóbe. This grant will also provide resources to implement an interpretive plan and infrastructure for our visitors to learn about the Kaw people, the original inhabitants of Kansas. We look forward to working in cooperation with the City of Lawrence, University of Kansas, and other project partners to facilitate this process, and to strengthen our relationship and visibility with the citizens of Kansas.” 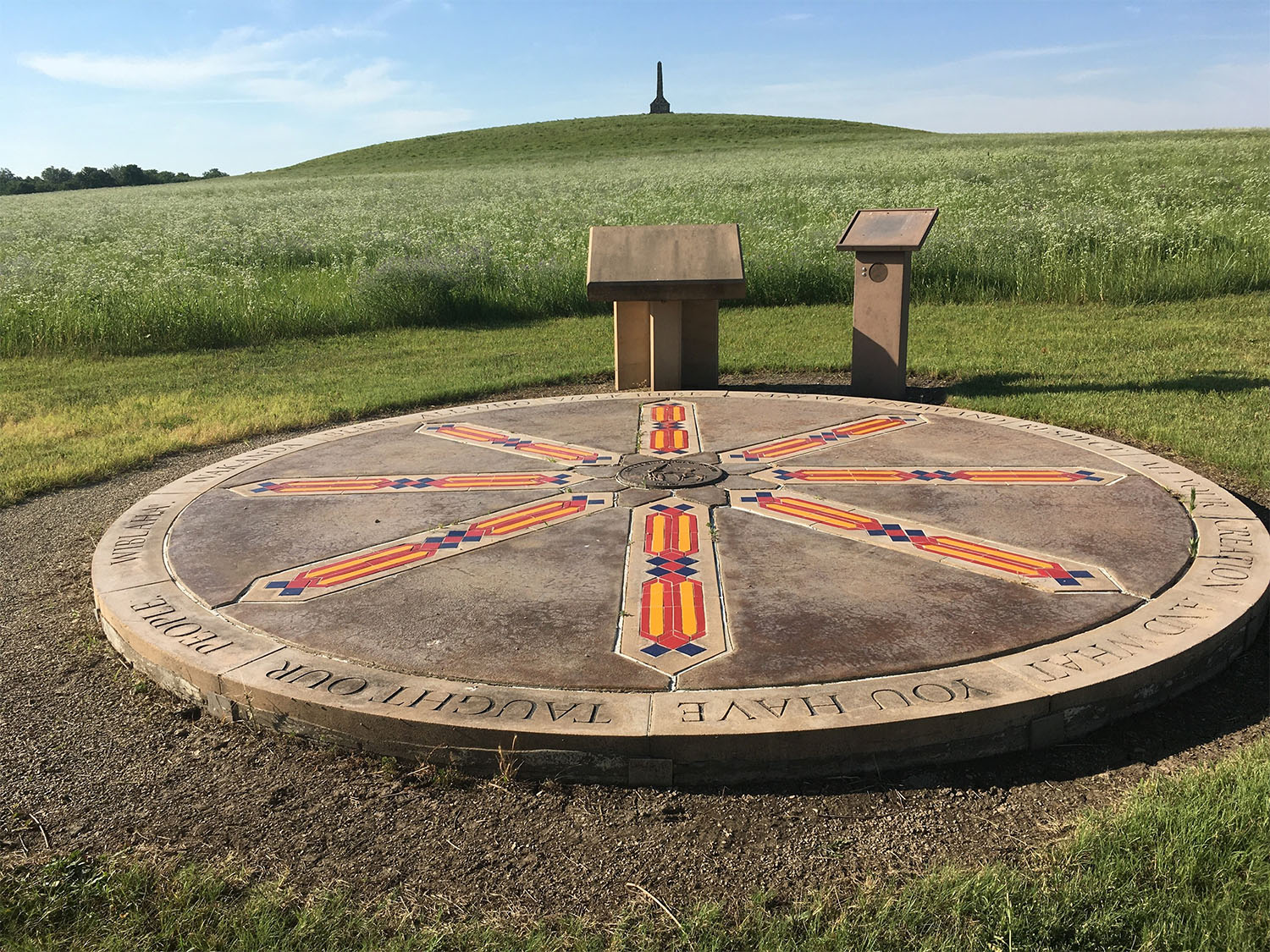