The Iⁿ‘zhúje‘waxóbe / Sacred Red Rock Project seeks to continue the rematriation of Iⁿ‘zhúje‘waxóbe. As part of the Project, Iⁿ‘zhúje‘waxóbe will be moved from Robinson Park in Lawrence KS to Allegawaho Heritage Memorial Park near Council Grove KS.

The land that is now Robinson Park is part of the historic homeland of the Kanza people (Kaw Nation) and part of the hunting territory of their relatives, the Osage. Caddoan peoples, such as the Pawnee, likely frequented this region too. The Kansas river and other waterways also served as important routes for travel and trade among Indigenous North Americans bringing many people to and through this region. U.S. demands to displace Indigenous people in order for U.S. citizens to possess their land resulted in reduced land holdings for the Kanza and other local Indigenous nations, while eastern Indigenous people were forcibly resettled in this area in the 1830s-1840s. As a result, Robinson Park’s land was part of the Shawnee reservation, but the Delaware people, whose reservation was on the north side of the Kansas river lived and farmed in closest proximity to what is now Robinson Park. 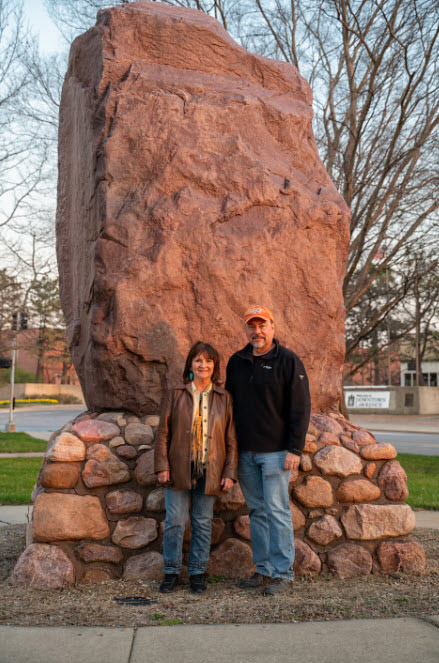